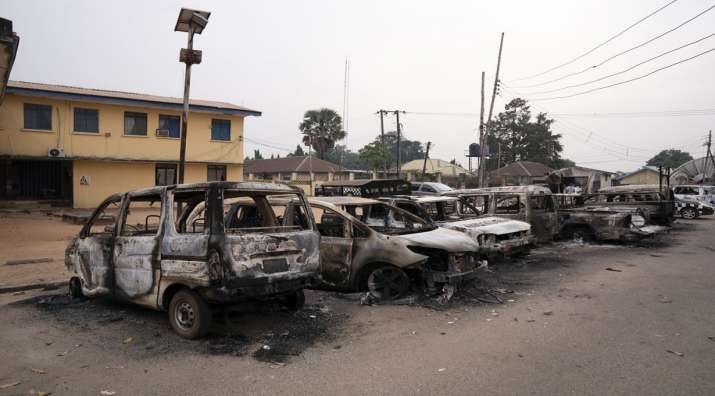 Militants armed with machine weapons and rocket-propelled grenades launched a sequence of coordinated assaults in a single day in Southeastern Nigeria, concentrating on a jail the place greater than 1,800 inmates then managed to flee, authorities stated Monday (April 5). According to an area resident Uche Okafor, the assaults started round 2 am within the city of Owerri in Imo state and lasted for about two hours. Gunmen additionally assaulted numerous different police and army buildings, the authorities stated.

“Efforts are in prime gear to re-arrest the fleeing detainees,” stated Nigeria jail spokesman Francis Enobore, including that 35 different inmates stayed behind throughout the jail break.

The coordinated assaults come lower than two weeks after one other wave of violence in Southeastern Nigeria, when a minimum of a dozen safety officers had been killed throughout assaults on 4 police stations, army checkpoints and jail automobiles.

There was no speedy declare of accountability however the Nigeria Inspector General of Police (IGP) blamed a paramilitary wing of a secessionist motion lively within the area referred to as the Eastern Security Network (ESN). The ESN has stated it’s preventing for the safety of the Igbo folks from international armed invaders killing their folks.

Police stated the militants had been closely armed with machine weapons, rocket-propelled grenades and improvised explosive gadgets throughout the in a single day violence.

“The try by the attackers to realize entry to the police armory on the headquarters was completely and appropriately resisted,” a police assertion stated.