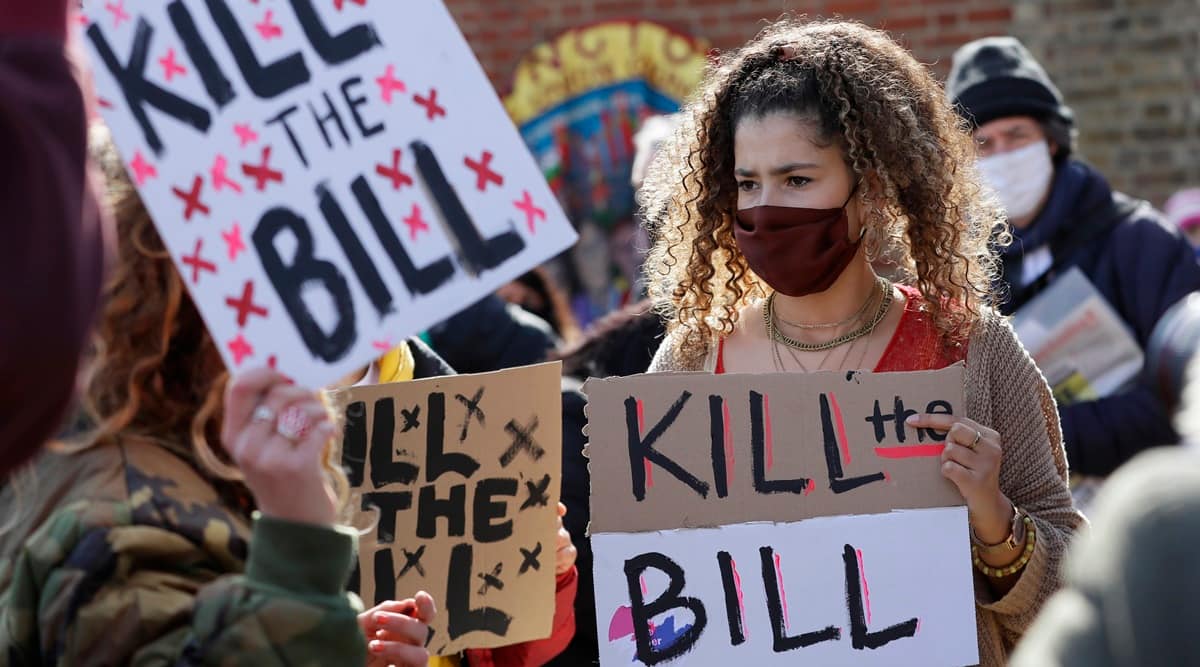 Dozens of marches and rallies are deliberate throughout Britain on Saturday as a part of a “national weekend of action” in opposition to a proposed new legislation that might give police further powers to curb protests.

The Police, Crime, Sentencing and Courts invoice would toughen measures officers can take to disperse demonstrations, equivalent to imposing time and noise limits, which campaigners and activists concern can be used to curb dissent.

Since the invoice was introduced earlier than parliament final month, there have been sporadic protests, notably in Bristol, southwest England, the place demonstrations turned violent with officers and a police station bombarded with bricks and glass bottles, and police autos set on fireplace.

Prime Minister Boris Johnson criticised what he described as “disgraceful attacks” on officers, however protesters have accused police of utilizing heavy-handed techniques.

On Saturday, activists, local weather change campaigners, and the Black Lives Matter motion say they’ll be a part of “kill the bill” rallies in London and different cities and cities together with Manchester, Leeds, Brighton and Bristol.

“As protest is criminalised and our fake democracy is pushed further towards authoritarianism, we seek to find where we can come together with other movements to tackle the common causes that affect us all,” mentioned Alanna Byrne from environmental group Extinction Rebellion.

Days of protests by her group paralysed elements of London in early 2019, motion which helped gas calls from some politicians for the police to be given the harder powers to forestall extreme disruption.

Demonstrations had not been permitted whereas a coronavirus lockdown was in place, however restrictions had been eased this week, which means organised rallies can go forward offering they’re “COVID secure”.

In London, police warned, “enforcement action will be taken, if needed, in the interests of public health”.

Some senior officers have mentioned the “kill the bill” tag was intentionally provocative as “the bill” is a nickname in Britain for the police.