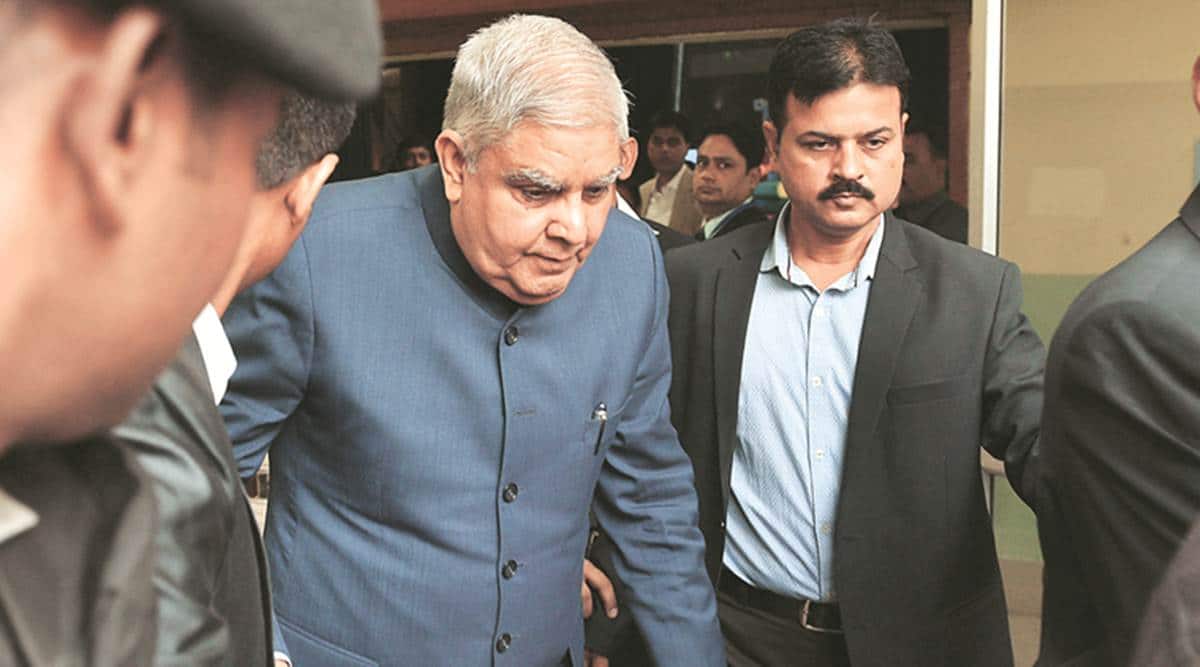 Five TMC MPs despatched a memorandum to President Ram Nath Kovind on Wednesday demanding the instant removing of West Bengal Governor Jagdeep Dhankhar, who has been on a collision course with the Mamata Banerjee-led authorities over a number of points since he took over the submit final yr.

“We submit that the Governor has failed to preserve, protect and defend the Constitution and repeatedly breached law declared by the Supreme Court. From the seat of the highest Constitutional office in the state, Governor Dhankhar has been inducing divisive politics, just because ruling parties at the Centre and state are political opponents,” the memorandum learn.

“Some of the recent words/utterances/tweets/media briefings directed against the West Bengal government, Hon’ble Chief Minister and All India Trinamool Congress reflect flagrant disregard to constitutional norms, proprieties and ethics. Some remarks are provocative and incite action which could lead to law and order problems,” the letter acknowledged.

Citing a number of judgments of the Supreme Court that lay out the function of the Governor, the MPs stated, “Such tendencies and inclinations on the part of the Constitutional Head of the state to openly support a political party strikes at the very root of federalism which the Supreme Court has held to be a basic structure of India’s Constitution.”

With Dhankar repeatedly attacking the Mamata Banerjee authorities for “worsening law and order situation”, the letter acknowledged, “We place it on record that West Bengal witnessed 663 political murders between 2001 and 2011 and it came down to 113 during Mamata Banerjee-led government from 2011 to 2019 (source NCRB). The Maoist-infested Jangalmahal areas of south Bengal districts bordering Jharkhand and Odisha were also freed from the extremist politics of annihilation through administrative initiatives and political process ensured by Mamata Banerjee government since 2011.”

“The unending violent situation in the hills of Darjeeling, Kalimpong, Kurseong, Mirik and part of Dooars that was prevailing for decades was brought under control by the government of West Bengal and peace and tranquility have since been restored in those areas…All this notwithstanding, Home Minister Amit Shah spread canards against the government of West Bengal during his visits to the state in November and December. His comments on the issue of the law and order situation were echoed and amplified by the Governor Shri Dhankar against the state government is not only unprecedented, unwarranted and uncalled for, but also smacks of his hypocrisy to act under the orders of his masters in Delhi. He shows no will to protect or defend the constitution,” the MPs stated.

Days after Dhankar tweeted that the West Bengal Police had a “de facto boss” in Surajit Kar Puryakastha, a retired police officer who serves as State Security Adviser, and that the DGP had “capitulated” with subject police work, the MPs wrote within the letter that the Governor “had gone to the extent of naming and defaming senior officers of the Civil and the Police Services of West Bengal, thereby denigrating their official positions in the eyes of the people”.

“Shri Dhankar has also not spared the state legislature. He is sitting tight and refuses to sign a number of bills passed by the West Bengal Legislative Assembly. Not only is he not signing the bills, he is even asking for ‘explanations’ from the Speaker. This is a direct insult and attack on the sovereignty of the state legislature,” the letter additional stated.