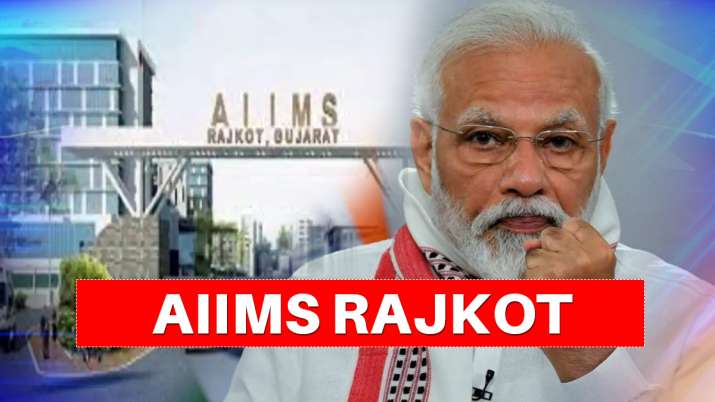 Prime Minister Narendra Modi will lay the inspiration stone of the upcoming campus of All India Institute of Medical Sciences in Rajkot in Gujarat on Thursday via video conferencing. The campus is arising on an space of over 201 acres close to Khandheri village on the outskirts of Rajkot metropolis at a price of Rs 1,195 crore.

Deputy Director, AIIMS Rajkot, Shramdeep Sinha had earlier mentioned that Gujarat Chief Minister Vijay Rupani and Deputy Chief Minister Nitin Patel are anticipated to be current on the venue, in the course of the basis stone laying ceremony.

The Central PSU HSCC Limited was setting up the campus and drawings of 9 buildings in it have gotten tentative approval.

It was inaugurated by CM Rupani with Union Health Minister Harsh Vardhan and Union Minister of State for Health Ashwin Chaubey becoming a member of the occasion via video convention.

At the time, Vardhan had mentioned AIIMS Rajkot was a part of section six of the Pradhan Mantri Swastha Suraksha Yojana and can be a 750-bedded facility with specialty and tremendous specialty departments.

It would have 125 MBBS and 60 nursing seats sooner or later of time.

ALSO READ | PM Modi meets President Kovind, briefs him on home, worldwide affairs as 2020 attracts to an in depth